Oh hey! How controversial is that title? Just for the record, I do believe in evolution, I just wanted to get you psyched up. But I’ll tell you what I don’t believe in… having an ego.

Now I’m no psychologist, psychiatrist, or mental health specialist by any means. However, Egos are a very troubling thing that plague a lot of humans and ultimately ruin experiences for others at various levels (I’m not strictly speaking about Egos, Super Egos, or Ids in the Freud sense). Whether you realize it or not, you come across people that have egos, everyday. Everyone from that [shitty] driver that cut you off in traffic “me first!,” to the 1upper who always has a better story than you at any social gathering.

Earlier today I discovered one of my all time favorite bands released a new song, and news that they plan to release some EPs this year. Needless to say, I’m psyched. But there’s always one person who tries to ruin it for everybody… Enters Kyle 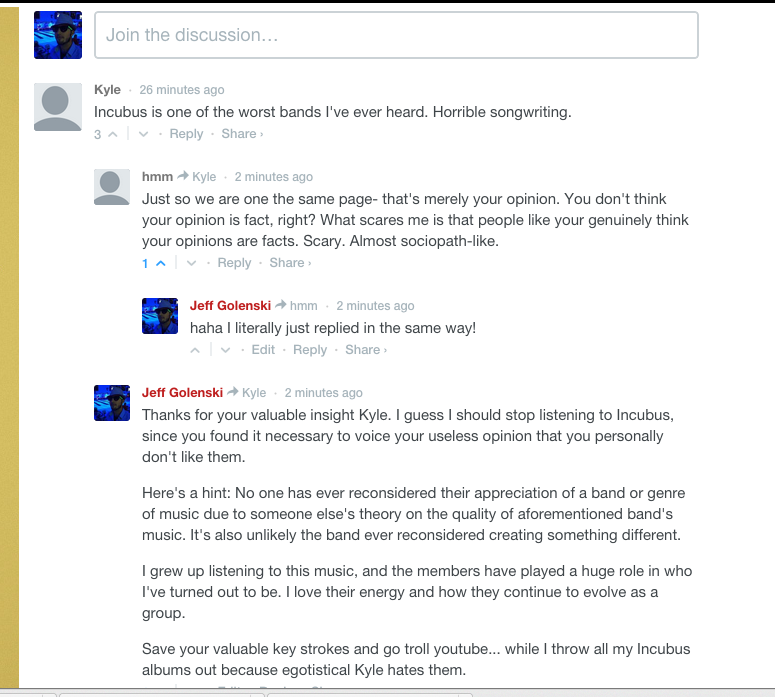 What the fuck, Kyle? Honestly.

It’s not about you, and it never will be.

Now, on a scale of high to low, Nicholas Cage being the person with the highest ego (10), and Homer Simpson being the one with the lowest (0), Kyle probably scores a 3.5, but still. It’s interesting to see how easily someone can affect another’s mood when selfishness is brought into the mix.

The entire reason people came to this post was in order to listen to the new song and see the video, because they’re fans. The article itself was strictly informational – not a debate whether Incubus should be a band, or whether they write good songs, etc. There was no need or purpose for that comment, nor is there any benefit for making such a comment. This sort of thing is of the chain ridiculous on youtube.

It’s hard to understand why people feel the need to place themselves above others and in the spotlight so often, by knocking others down. Is it for recognition? Self worth? or does it relate to the AMYGDALA, the survival center of the brain? (Hey – I told you I’m not an expert). 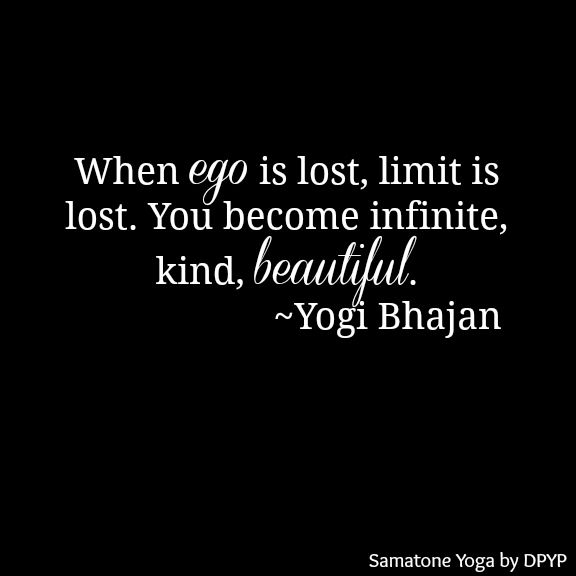 To make it short…Think before you speak

All I know is, Egos are bullshit. We need to start shedding this stance of self-entitlement (not self-worth, that’s different!), ego, and “me-first.” It holds you back, holds others back, and prevents happiness / any sort of advancement in general.

Anyway, before I get too deep and start writing a book on this, here’s a few, more well written articles on the subject in regards to creativity.

2 thoughts on “If evolution was real, Egos would be gone by now…”